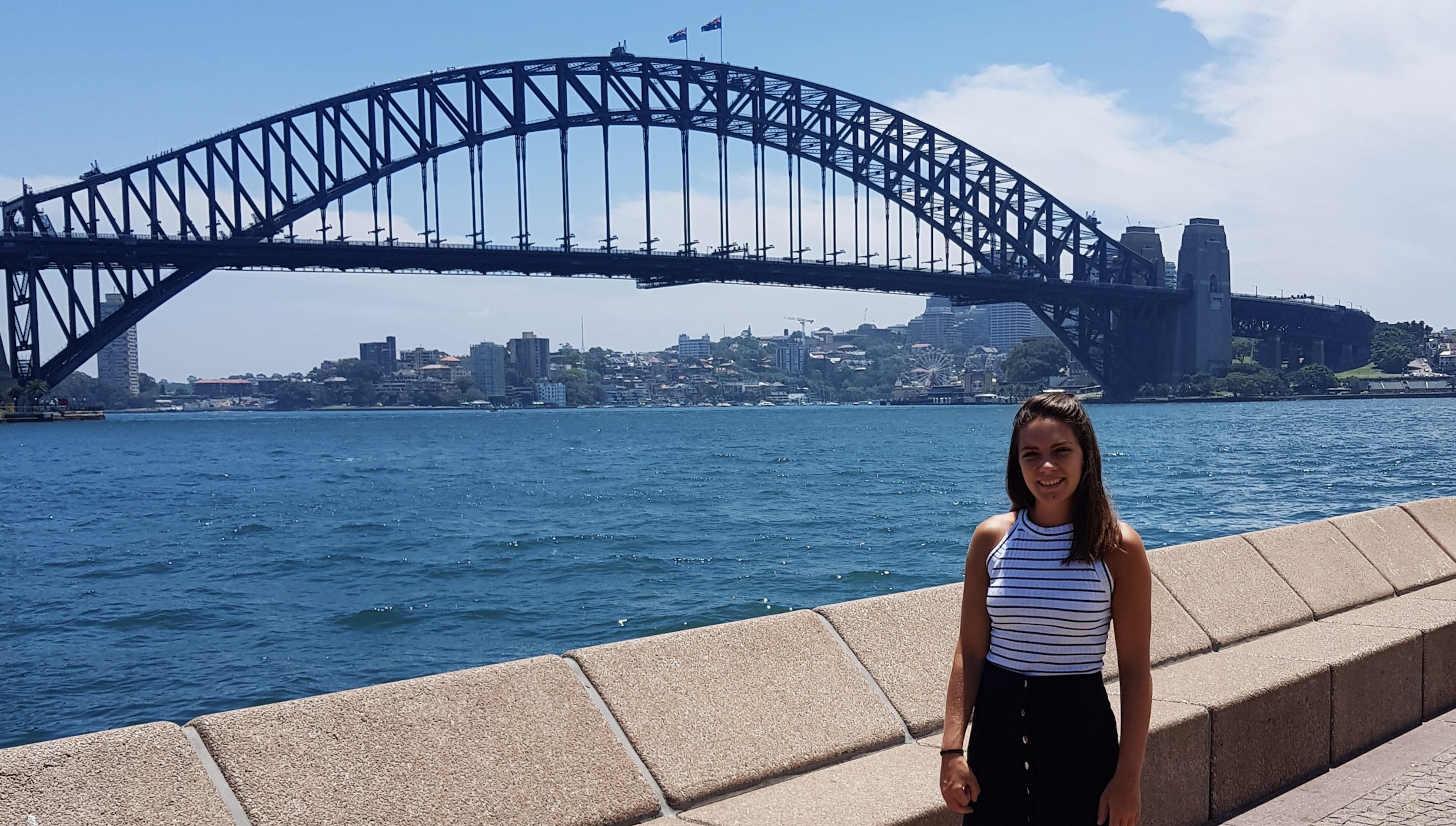 I started my journey with Palo Alto Networks in April 2019, and I can, to this day, remember the feelings of excitement and gratitude I received the call from HR telling me I was being offered a role to join the Sydney sales team. Not only was I excited to be joining the fastest growing, most innovative cybersecurity company in the world, I was also looking forward to joining a team whose values I knew would align with mine.

I grew up in a very multicultural environment – my mother is Swedish, my father is British but spent the majority of my childhood in Brussels, Belgium before moving to the UK to study. I graduated with a law degree and spent some time working in the legal industry before I gained a few years experience selling legal services to law firms. With limited experience selling Cybersecurity technology, I often get asked why I got into cybersecurity and how I managed to secure a role as a Territory Sales Manager role with Palo Alto Networks in Australia, especially as I had no local sales experience and what this transition has been like.

When I arrived in Australia early 2019, I was determined to find a role within a company I could see myself working at for the foreseeable future. Deciding what is right for you is not always easy, but I knew, especially after my law degree, that I wanted to work in cybersecurity. Not only did I have a good understanding of governing privacy laws and the consequences of not adhering to these laws, but I also understood how the threat landscape was changing and the challenges this presented to organisations around the world.

Palo Alto Networks was an organisation I had been following for a while, and making each day safer and more secure than the day before was something I wanted to be part of. As soon as I touched down in Australia, I applied for a “Customer Success Manager” role through the Palo Alto Networks careers page. I was not a good fit for that position, but I nonetheless received a call from the recruitment manager who wanted to discuss a sales role she thought I was more suited to. I was nervous when I started the interview process as I had previously been rejected by another organisation due to my lack of local sales experience. In essence, concern was that I had no existing relationships or customer base I could leverage to hit the ground running.

I was however, pleasantly surprised when I was told that Palo Alto Networks actively look to hire personnel with different backgrounds and experiences as diversity brings new ideas to the organisation. The recruitment team here at Palo Alto Networks recognise that people buy from people and that successful sales professionals are likeable, hard working, passionate individuals who align to the organisations’ values. Having gone through a lengthy interview process, the local management team felt that my legal and previous sales experience made me a good fit for the role and believed in my ability to build a fruitful territory without an already established network.

As a nontechnical person, I knew that embarking on a career in a fast-paced, security-focused, male-dominated industry would be challenging and remove me from my comfort zone. It was, however, the challenge I was looking for when I applied to Palo Alto Networks and it has been the best career move so far!

The daunting first month of learning was made fun and easier thanks to the amazing onboarding process and ongoing training provided. It was clear from day one that culture and diversity are so important at Palo Alto Networks – the team comprised of people from different walks of life which was something I really loved. Everyone was so welcoming and I immediately saw a collaborative working culture where everyone would be happy to help whenever they could. The team I joined was, and still is, led by a supportive, passionate manager who wants nothing more than to see his team succeed and enjoy success together. Happiness at work is fundamentally essential and working with positive, collaborative, reliable peers makes the Sydney office a happy place to walk into on a Monday morning.

Having had no experience selling to the Australian market before joining Palo Alto Networks has not prevented me from being successful in my role. In essence, reality is that selling in Australia is very similar to selling in the UK and whether or not you will be successful has more to do with your work ethic than having an established network of customers you can approach. If you see a job you want to apply for but feel like you might not be a perfect fit, then still apply. You have nothing to lose and it may result in a job offer.

Growing my Career with Internal Mobility
We use cookies to ensure that we give you the best experience on our website. If you continue to use this site we will assume that you are happy with it.Accept & Close
Scroll to top