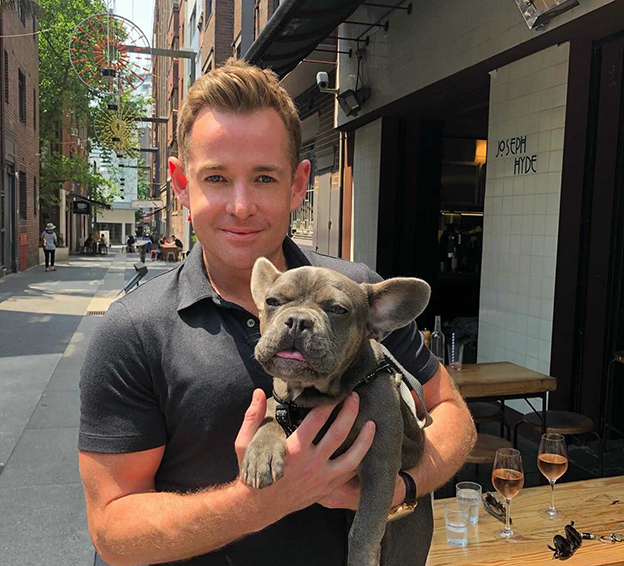 The many changes we all faced in 2020 have led people to look more actively for communities to support, where they can share views and amplify their voices. As an Australian citizen living in the United States who is unable to vote, I found myself searching for other ways to support human rights and add my voice in some way. So when an opportunity to serve as executive sponsor for Palo Alto Networks’ LGBTQIA+ Employee Network presented itself, I immediately raised my hand.

I’ve never been someone who has been “out” publicly in the workplace — fortunately, my sexuality has never been a problem for me at work. However, when I joined a Palo Alto Networks’ Employee Network Group (ENG) webcast on understanding privilege, I found it incredibly informative and eye-opening. It was a wake-up call of sorts, reminding me that far too often, many people’s basic human rights are infringed upon, and I saw how privileged I’ve been in my career to not be the subject of discrimination. It was at that moment that I decided I needed to become a voice for those around me who have not been as fortunate. I reached out to our Chief People Officer and let her know that I was interested in doing my part to contribute or give back in some way, and before long, I had the executive sponsorship role.

Palo Alto Networks hosts several ENGs, not just for LGBTQIA+ members but also Black, Asian, Muslim, LatinX, women, veterans, and early-in-career employees, all of whom face their own challenges and concerns in their lives and the workplace. The groups provide a sense of community for people who may at times feel isolated, unseen, or unheard. They offer a forum in which to share experiences, unify, validate, and amplify their voices to deepen understanding and promote advocacy.

In the LGBTQIA+ Network, I was surprised to discover that we had a membership of only 200 employees, including those who identify as members of the group as well as allies. It seemed astonishing to me that our numbers would be so small, particularly given the size of the company with thousands of employees across the globe and the fact that queer people tend to be generally fabulous. Upon reflection, it became clear that life can be quite different for some. In several countries, it is illegal to be gay (even punishable by death). For certain cultures where it may not be illegal, there’s still considerable shame associated with it.. People who live under these circumstances are forced to live in the shadows, often in fear and suffering in silence. This realization only increased my determination to help in any way I could.

I’ve learned a lot from participating in this ENG, which continues to be incredibly rewarding. One of the first things I learned was the language related to how members identify themselves, which can be critically important to a person’s sense of self. When someone is referred to with the wrong pronoun, it can make them feel disrespected, invalidated, dismissed, or alienated. Asking and correctly using someone’s pronouns is one of the most basic ways we can show respect for someone’s gender identity. We offer a safe space to ask questions and gain understanding so that we can all be better colleagues, communicators, friends, and allies.

Inclusion and Diversity at the Heart

Diversity of experience, thought, and background really does drive creativity and innovation, and I’m very pleased to know that the leaders at Palo Alto Networks are behind this notion every step of the way. They have intentionally and thoughtfully made this company a very safe and inclusive space that welcomes all people, and I’m seeing the ENGs making huge strides in connecting people, offering safe spaces in order to have frank conversations, and addressing injustices in real, tangible ways.

The hard work put in by our employees, leadership, and LGBTQIA+ group is showing results as Palo Alto Networks, for the second year in a row, has received a perfect score on the Human Rights Campaign Foundation’s 2021 Corporate Equality Index (CEI) and has been named a Best Place to Work for LGBTQ Equality. The CEI is the nation’s premier benchmarking survey and report measuring corporate policies and practices related to lesbian, gay, bisexual, transgender, and queer (LGBTQ) workplace equality. This recognition is a testament to Palo Alto Networks’ commitment to inclusion and diversity.

As an executive sponsor, I have discovered a sense of purpose, and I look forward to the continued opportunity to help others — people who for whatever reason may have been denied rights or told they are not worthy — to feel that they are important and to know that what they say matters. In my professional role with the company and as a member of the marketing leadership team, I elevate ENG members’ voices, further drive awareness of issues across the organization, and champion members’ efforts with our executive team. This involves organizing and consulting on events, identifying and sharing resources with the ENG, or helping to clear roadblocks that might stand in the way of their efforts. Or it may mean listening to members’ ideas and concerns and then sharing them with the people who are in a position to make a difference. One of our initiatives is a book club, where we read literature that contains LGBTQIA+ characters or topics that might spur discussions between people of all backgrounds within the company. Ultimately, the goal is to help people find a way to connect with each other, recognize and address stigmas, and educate them about the many ways they can help, not hurt, others.

We’re making great progress at Palo Alto Networks, but there’s still work to be done, and I’m excited about the road ahead. With great pleasure and immense pride, I’m able to play a role in ensuring EVERYONE at Palo Alto Networks is not just accepted but welcomed and celebrated!

Back to careers blog
Do you wake up ready to take on the world? Palo Alto Networks wants you.