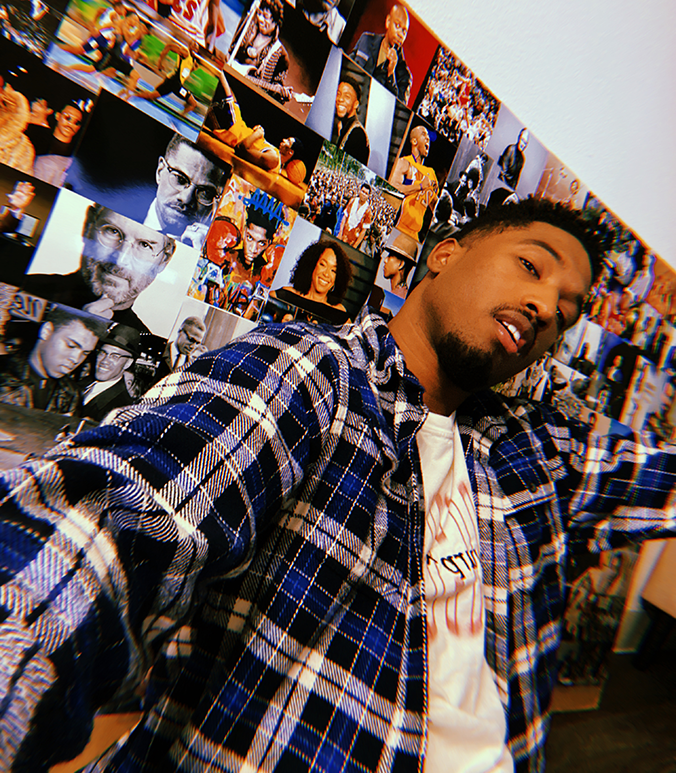 My favorite part about being a people manager is the opportunity you have to find someone early in their career – someone who is unhampered by the (sometimes self-imposed) limitations of a corporate environment. It’s the bright-eyed perspective of potential, of an entirely new way of thinking – one that will most likely feel uncomfortable but will ultimately lead to something different and better.

That’s what I remember the most about my first meeting with Lewis Hill. We met over Zoom and interviewed for a position on my team – one centered on creating. I’ll be the first to admit that I’m not the most creative of people – I think in hundreds of lines, but lines nonetheless. Lewis thinks in circles, and squiggles, and dots. He thinks in potential and possibility. But mostly he thinks in stories.

I think about how Lewis came to be at Palo Alto Networks – and it wasn’t a story of accidents. That’s not Lewis. Lewis is a strategy, a plan, and an intention. Lewis is someone who sees potential in every person, and part of that is the potential he sees in himself. I met Lewis several times through the interview process – and each time was a thoughtful presentation of his capability. Lewis is a dreamer – with a solid foundation in possibility.

Perhaps the best part of Lewis is his creative energy. When Lewis first started at Palo Alto Networks – he joined a team that had been a unit for two years. We all knew each other well – had built a foundation of trust, respect, and capability. What we didn’t know about our team, though, was what we were missing. Or rather, who. Lewis joined our team with ease that I have never seen before. His ability to connect with others by putting them at ease built a rapid trust that has led to creativity we have never had.

I’ve never met someone as passionately creative as Lewis. His ideas make us stronger, more capable of bringing people together. His job title could never reflect the connections he makes and the sense of belonging he creates.

To really know Lewis, you have to spend time with him. Whether it’s joining a phone call to hear his endlessly positive voice, or hearing his passion when speaking about celebrity real estate, his role model, Lebron James, or grapefruits, he’s a constant presence in our working lives that will never be quite the same. It could be the time that you pitch a creative idea, and he takes it and runs to show you something you never thought possible. Or it could be the time he took your feedback (and made it better), by creating a better way of telling a story.

Lewis truly has the Midas touch when it comes to graphic design and creativity. We don’t always work as ahead of schedule as we’d like, and we’ll get some last minute requests – but to Lewis, this isn’t a barrier. Lewis never just accepts a request for help – he finds ways to make it better. Instead of simply answering questions about font type and size, he digs into the behind the scenes feeling. He creates graphics that generate interest instead of fulfilling checkboxes. Aside from being extremely talented and creative, he’s a true embodiment of a team player.

But at the end of the day, Lewis has driven us to be a better version of ourselves. It’s hard not to sit with someone with that kind of passion for life without being driven to look for a deeper connection to it.

Back to careers blog
The Real Deal: Regina Acheampong