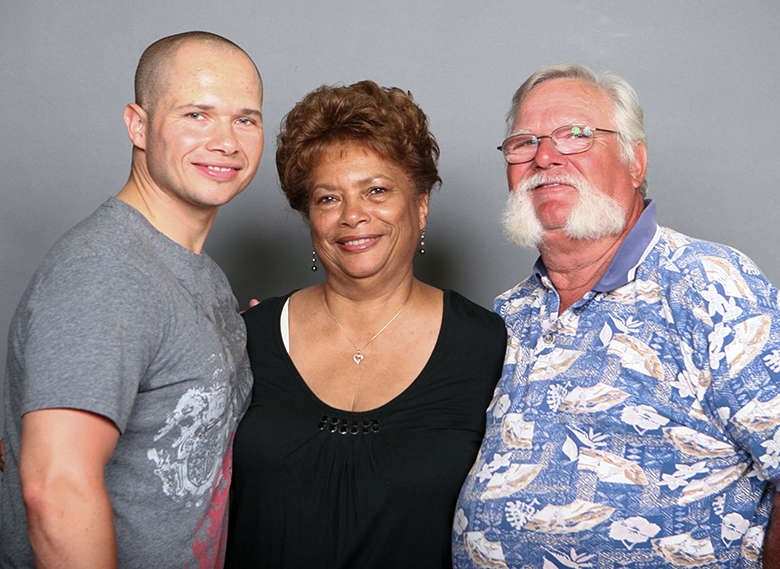 When Jamie was hired at Palo Alto Networks in 2011, I told him, “We’re a startup and we need you delivering on day one.” I almost feel bad in retrospect because Jamie didn’t have any product management experience at the time, but I must have known that he would thrive under the challenge. I believed then (as I do now) that in product management, talent is often more important than experience. Knowing Jamie as I now do, I can see how he was not only undeterred, but he seeks out and embraces new challenges, so it probably actually attracted him more to the role and company.

A little more about Jamie: He went to college at UC Santa Barbara, where he earned both a BS and MS in computer engineering. He claims he studied hard, but given the quality of his Santa Maria-style BBQ, I’m not so sure. He was also the president of his chapter of the National Society of Black Engineers (NSBE) while at UCSB, an early indication of his interest in giving back to the community and helping others. In fact, when I think about Jamie, it is the person that always comes to my mind first before the great work that he does. He’s always willing to step up, always learning, always helping, always listening, and always focused on what’s important. These traits are on full display whether he’s working with a customer, attending NSBE conferences representing Palo Alto Networks, speaking at SKO or the SE Summit, or working with internal teams. It’s this combination that makes Jamie a role model for others.

As for Jamie’s work at Palo Alto Networks, when he joined the company, he initially took on Panorama when it was still a very early-stage product and worked on it until it reached well over 10,000 customers. He quickly became an expert in the product, which speaks to his technical expertise, and he became one of the most requested and popular speakers at our Executive Briefing Center (EBC). He extended himself across all products and features so that he would understand the entire context of what we do and how to work with customers to solve their challenges. You can now find Jamie focused on stopping advanced cyber attacks as the leader of our Threat Prevention product, which is used by nearly all of our customers.

As we celebrate Black History Month, I’m honored to highlight Jamie, a true asset to the organization and someone I’m fortunate to know.

Back to careers blog
Creative Connections with Lewis Hill