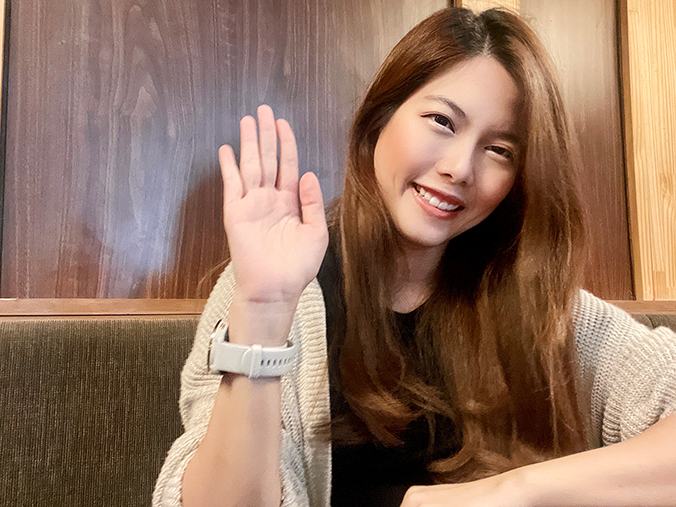 Life is about choices and changes.

Life has never been easy for me, I could say. There were so many changes and challenges I needed to go through. This even proved true when I needed to choose between passion and practicality.

Since I was young, singing and music have always been my refuge and delight. However, as I was approaching my high school graduation, I realized my dream of pursuing further education in music was not worth considering. I was born the third child out of four in a family in which money was sometimes scarce, and majoring in music education required spending a lot of money. Therefore, during my senior year of high school, with determination to prove my educational potential and reduce financial stress on my family, I decided to apply for a scholarship to pursue my higher education at a private university. I didn’t know at first which education program would be the right fit for me, but being a mathematical-arts student, I had gradually formed motivations and aspirations to learn about numbers and formulas. After studying the course syllabi of all programs enrollable in the university, I found that a degree in telecommunications and computer networks engineering could be my best choice.

Difficulties you face will ultimately trigger determination to succeed.

Being an engineering student brought about challenges and opportunities concurrently. When I was a junior, there was a subject that was compulsory for all students, which was called Data Communications. Here was my turning point. The subject was primarily designed for students in the computer engineering program and was not an ideal course for students in other fields. However, I proved to myself that nothing was beyond my abilities as long as I aimed to achieve. I got to class one hour earlier than everyone else throughout the semester, focusing on the content and studying hard. Thankfully, my hard work paid off with the highest score in the section as my reward.

Being a female engineer was never easy.

In Thailand, it’s undeniable that people do prefer a public university to private ones. Graduating from a private university was therefore one of my greatest two challenges in my professional life; being a woman in the engineering field was the other one. In Thailand, this occupation is still dominated by men, making many people perceive that only men can be successful as engineers. So there were several times I needed to prove that those perceptions were wrong.

I began my career path by working for a local internet service provider as a network engineer. During that time, I worked closely with other vendors on several projects to exchange expertise and best practices to improve and enhance our capacity and achieve best results. I did not see many women in my field, though. As time passed, I realized that my desired optimal career goal was to be and to work like those vendors. Among those with whom I worked was a systems engineer from Palo Alto Networks. He had demonstrated his prowess to an extent that I considered him a role model. Aspiring to be like him, I intended to make everyone focus on my expertise instead of my gender. I spent six years gathering experiences, achieving each target set and going beyond limitations, telling myself to be the best I could be.

My determination was formed when I realized how dire my family’s financial status was. Back when I had been in high school, we did not even have a house of our own. My parents did not have money to support my education. As the third child of the family, I wanted to be successful in my life and be someone my parents could rely on. I worked seven days a week after school to finance not only my own lifestyle but my family’s as well. With all my perseverance, I managed to buy a house two years after my graduation, enabling me to create certainty for my loved ones.

The route to success is your own.

Even though working for Palo Alto Networks has contributed a great deal to my success, the world of technology and cybersecurity still has something new for you to learn and develop yourself every day. What’s important is that you never let anything stop you, and never forget to be thankful for everybody around you and even for all the obstacles and opportunities that emboldened you.

Optimize your skills, turn your dream into a reality, and be confident in yourself. I wish you all the greatest success in life!

Back to careers blog
Giving Cheers to Peers

Building Community in the Workplace: The Power of Employee Network Groups
Scroll to top