Carving My Own Career Path with Internal Mobility 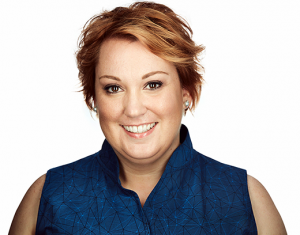 I’m not sure anyone wakes up and says, “I want to be a software salesperson!” But as I started thinking about what career would be a good fit for me, I looked at my strengths and interests. I had always been passionate about and good with technology. But I was also outgoing, which was different from the more introverted personality often associated with those in technology careers. Drawing on those strengths and interests, I decided to earn a dual degree in information systems and business so that I could merge the technical side of myself with my natural ability for communicating technical information to others clearly and effectively. I was fortunate to join Palo Alto Networks in 2019 as a Major Accounts Manager — a job where I could do the work I love every day to provide security solutions for our customers.

My role involved overseeing a portfolio of retail accounts while also keeping my thumb on operational technology and heavy industry. But as the months went on, I could see an opportunity presenting itself to develop a whole new aspect of the business. One multinational business that appeared on my radar was a tremendous opportunity that started to present itself in our business dealings. At that time, though my Systems Engineers and I made for a strong, effective team, we simply couldn’t put in the time and effort to cover an organization of that size and scale — yet I had a growing desire to do so.

I’m notorious for taking on far too much. I can’t help myself, I love being busy and taking on new projects and responsibilities. So when I saw an opportunity to develop this new area of business for Palo Alto Networks, I naturally dove in head first. While I continued selling our solutions to our regular retail customers, I also began trying to formulate a strategic approach to this multinational company’s business.

I never set out to become a Global Client Lead, but it began making sense as the months went on. I began getting more and more into the planning side of going into the global market and increasingly realised I really enjoyed running large, global, strategic accounts. I reflected back on my career and could see that when given those opportunities in my work, that was when I was happiest and did my best work.

I started having conversations with my leaders, suggesting that we double down on this opportunity — whether it was with me or somebody else — because the opportunities were too great to ignore. I think it was the easiest conversation I’ve had in my career. In my positions at other organisations, when I’ve wanted to move to a different role, I’ve found that, politically, it’s been quite hard to have those conversations. But first of all, this conversation was the right thing for the company, which was my approach — whether or not it was me heading up this effort, this was something I believed the company needed to be doing. Obviously, I wanted it to be me, but I would have understood if it wasn’t; it was the right thing to do, regardless. Yet our leadership was really supportive from the start.

Once those conversations began happening, I began calling out to others within the organisation, asking for resources and people to help work on that account, and we started looking to restructure and move into global accounts work. And as we solidly moved into fiscal year 2021, my new role became more formalised. It became obvious right away that this was going to be a full-time job and that juggling 15 other accounts was not going to be possible.

That meant I was leaving a gap where someone else would have to fill the role I was leaving behind, and in some organisations that’s a roadblock to internal mobility. Yet the managers at Palo Alto Network believe, wisely, that the pros outweigh the cons. Not only was this new aspect of our business going to add value, but when people are truly performing the right jobs, doing something they’re passionate about and is a strength, that’s when they do their best work, and the business benefits from that.

In addition to advocating for my new professional role, I also recently identified a gap in the corporate responsibility work in the Australia-New Zealand region, particularly around volunteer work. I saw an opportunity to structure that better and get more involvement across our countries to make a greater impact. Though it’s outside my official job duties, I followed my passion for giving back to my community by setting up a strong new Corporate Responsibility program, which helps the organisation with its recruitment efforts, a really important component in the ANZ region, and it boosts morale, which is essential to our success. It also has helped me to make many new, valuable professional connections and build skills that are useful in any role. Again, in those efforts, I have received the full support of my managers, who knew that not only was it something I felt very strongly about, but it was simply the right thing to do.

When I was young, someone gave me a great piece of advice that I’ve ever forgotten: Don’t let anyone make decisions for you about your career. You must communicate your interests, take the reins, and make purposeful decisions to get where you want to be. If you express what you want with confidence and purpose, and build the business case just as you would when selling our solutions to customers, I have found that people want to help you get there.

Back to careers blog 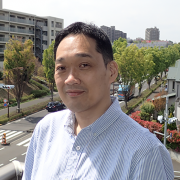 At the Speed of Technology

Before joining Palo Alto Networks, I worked in multiple roles for four different, prominent technology companies. But none of them offered the comprehensive, integrated product line nor the speed of innovation that Palo Alto Networks does. This is why I wanted to come to work here.

I began my career doing sales and marketing for a Japanese systems integration company that was focused on the small- and medium-business (SMB) market. My six years with that company led me to become interested in the security industry. From there, I spent one year as a regional product marketing manager with a public key infrastructure vendor before joining an internationally recognized endpoint security company, where I held multiple roles over the course of nine years, including systems engineer, pre-sales engineer, and regional product manager/field enablement. From there I moved into a sales specialist role working with vulnerability assessment products and services for another major multinational tech company.

In all of these roles, I realized that I was most drawn to systems engineering because I enjoyed being able to help customers by tailoring technology solutions to their problems. I learned of an available SE Specialist position for Palo Alto Networks’s endpoint security product, Traps, and was fortunate enough to be offered the position in November 2014.

The role involves sales — working alongside sales representatives to approach customers and explain the technology behind our products — but it also allows me to demonstrate the technology in a hands-on way to help address customers’ real-life concerns so that they feel comfortable with our products.

When I first started this job, no one on the Japanese team knew the Traps product, so I had to co-work with members of the Tel Aviv team to learn about the product. This was my first time working with developers and product managers from Israel. The first large deployment of Traps did not go smoothly. At companies where I had previously worked, such issues might have taken several months to address. But the engineers in Tel Aviv were very supportive and fixed customers’ issues overnight. That’s when I began to truly understand the speed and agility present in this company, and it reinforced my belief that this was the right company for me.

I also admired that the company, which originally was strictly focused on its Next-Gen Firewall product, had evolved to develop a full suite of complementary cybersecurity products to secure enterprises. Unlike my previous company, Palo Alto Networks’ products are easily integrated for the benefit of our customers. It’s very exciting for me to see our products really work together in a meaningful way.

The pace at which work takes place here is very exciting. In fact, the speed of new-feature and new-offering releases is much faster than any other company I’ve worked for. At Palo Alto Networks, I can work with a range of new security technologies, rather than being entirely focused on one product, and we are constantly innovating, so we are able to see our ideas brought to life rapidly. Here, I don’t have to wait for someone else to solve my problems; instead, I’m empowered to seek solutions and to reach out to others for help. Everyone takes responsibility for the quality of our products, and the results speak for themselves.

I would encourage anyone who is interested in working with the latest and best technology in the cybersecurity industry, with a company that encourages and nurtures creative solutions, to consider working with Palo Alto Networks.

Back to careers blog
Scroll to top