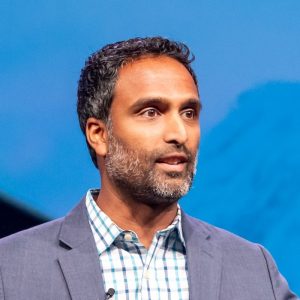 Malcolm X said, “Usually when people are sad, they don’t do anything. They just cry over their condition. But when they get angry, they bring about a change.”

For many people, seeing George Floyd murdered by a police officer in the spring of 2020 was that inflection point — the moment when people were finally angry enough to bring about change.

Born in Queens, New York, and raised just outside Washington, DC, I attended a magnet school in a low-income community where the majority of my peers were Black, Vietnamese, and Latinx. They were my community, and though I certainly can’t say I know what it’s like to live the Black experience, I saw it every day reflected in my closest friends. I saw how the treatment they received was different and usually worse, than that given to whites, me, or others. I saw enough of it to know early on that no one should be treated that way. So after the deaths in early 2020 of Ahmaud Arbery, Breonna Taylor, and George Floyd, I was like many who felt so angry that I simply had to do something, to add my voice to the conversation. As Dr. Martin Luther King, Jr. said, “A time comes when silence is betrayal.”

In June 2020, I wrote an article on LinkedIn where I described the evidence of systemic racism in America and some ideas about how to recognize it and combat it. My colleagues at Palo Alto Networks saw that I am vocal and passionate about this issue, someone willing to talk about it and do something about it. So when the executive sponsor of Ujima, the company’s Black Employee Network Group (ENG), was asked to move into another ENG position, I was approached about taking on the role with Ujima, and I jumped at the chance.

Being an executive sponsor would provide me with a platform to actually put my words into action. Writing an article in which I shared data, statistics and ideas for addressing racism is a small first step, but they’re just words without action. If, as a company, we were going to talk about being committed to diversity and inclusion, we have to walk the talk, and from this vantage point, I could help us to do that.

I sat down with the outgoing executive sponsor, who had written his own thought piece, about the need for national police reform, as a former member of law enforcement and the U.S. military. Together, we worked to create a list of recommendations, drawn from the data and ideas we’d shared in writing, for what the company could start doing to make internal systemic changes. They included a stronger commitment to actively recruiting employees from the Black community, working harder to retain existing Black employees through mentorship and sponsorship, and implementing more rigorous unconscious bias and anti-discrimination training. Our thinking was, if only one person benefits from these efforts, it’s worth it, though we knew we could affect many more.

As an executive sponsor for an ENG, I have a platform in which I can be part of the change I’m seeking. Palo Alto Networks is a leader in the cybersecurity industry, and there’s no reason we can’t be a leader in diversity efforts as well. But I also know and have seen that the Black community may feel they have to think small — they’re so used to encountering a ceiling on what’s possible. But there’s never been a better time, since the civil rights movement of the 1960s, to capitalize on people’s awareness and willingness to knock down that ceiling.

In my role, I can help the ENG to think bigger, to take the existing paradigms, and suggest that we throw them out. I can help channel the energy and funnel it in a productive way toward actual progress within the organization. I can identify talented people in the Black community who are looking to grow within the company and introduce them to people who can help make that happen. I can share the input and stories I’m hearing with the executive team. I can offer guidance, and I can be a roadblock remover to keep us from hearing “no.” If we need money for an event, a connection to a particular speaker, a platform we want access to, or a message that needs to be conveyed across the organization, I can utilize my position in the company to help make those things happen — or to identify the folks who can.

I’m so proud to say that Palo Alto Networks isn’t just talking about diversity and inclusion but is actually doing a lot, too — both in facilitating important discussions of race and in demonstrating its commitment to equity. For example, Palo Alto Networks regularly has compensation reviewed by a third party and makes sure it isn’t paying employees differently based on gender or race.

Obviously, there’s much more to do, and I’m happy to play a small part in making that happen in my role as Ujima’s executive sponsor. But you don’t have to be in my position to make change happen. It can be hard to know where to start, but as Dr. King reminds us, “In the end, we will remember not the words of our enemies, but the silence of our friends.” Speak up, add your voice to the conversation — that’s where change begins.

Back to careers blog
Understanding Faith Without Fear

Coming to America: My experience as a Vietnamese American and former refuge...
Scroll to top