Coming to America: My experience as a Vietnamese American and former refugee

I joined Palo Alto Networks two months ago to manage a small team of people who work in Global Enablement. In my role, I develop technical training programs and materials for employees, partners, and customers. It’s really my dream job, because in addition to working with technology, I’ve always loved mentoring and teaching others. In fact, early in my career, I worked for about four years as a fifth-grade teacher.

I’ve always loved teaching because I enjoy helping set others up for success. As a continuous learner myself, I love acquiring knowledge and get excited when I learn something new. When I was first starting my career, I had a desire to share my own experiences as an Asian American with a new generation of young people who may have been struggling — out of an inability to speak English or from frequent discrimination — in American schools, to help them succeed.

You see, I was once just like them. I came to America as a Vietnamese refugee when I was just three years old.

I was born in 1972 to Vietnamese parents. My mom, one of 12 kids, lived with her family in Nha Trang, a small beach town in South Vietnam. During the Vietnam War (1955-1975), her father would frequently rent out extra rooms in their house to soldiers. My dad, a helicopter pilot with the South Vietnam Air Force, which fought alongside the Americans, was stationed at the Nha Trang air base and needed a temporary place to stay — he found a room at my mother’s house. The two met and fell in love, eventually getting married and having three children, myself and my two younger sisters. 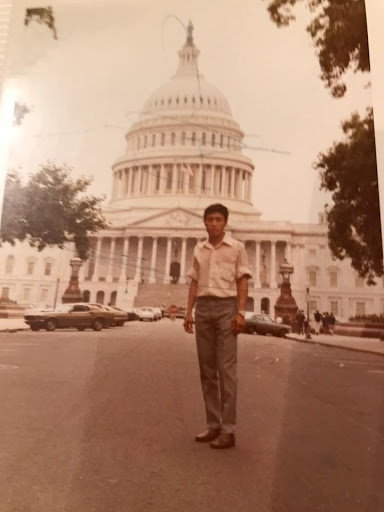 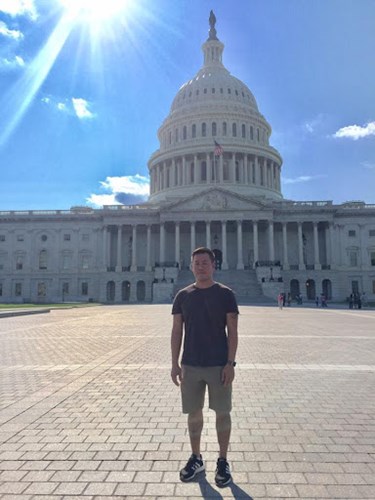 In April 1975, when I was three years old, the war ended and my father faced a predicament: He could either become a prisoner of war, or he and his family could flee the country and live as refugees. He chose the latter. He took a military helicopter, flew it to his in-laws’ house, lowered a ladder to the ground from just above the house, and watched as his wife (with two toddlers, an infant, and one green suitcase) climbed up into the chopper. We managed to escape Vietnam and made it to a small island off the coast of Thailand that was home to a war refugee camp. That was my first memory.

My second memory is of Coca-Cola. We had a long walk on a dirt road to the airport where my family would fly on a 747 airliner to America. On the long walk from the camp to the airport, I told my mother I was thirsty. An American soldier who heard me and understood Vietnamesereached into a parachuted crate full of glass bottles of Coca-Cola, opened a bottle for me, and handed it to me. Even at age three, being handed my own bottle of this iconic American drink — which I promptly dropped, shattering it all over the ground — was a moment I’ve never forgotten.

My third memory was getting on the plane that would take us from that small island in Thailand to Fort Jaffe in Arkansas. Here I had my very first airplane meal, heard my father exhale a giant sigh of relief, and fell asleep under a gray wool army blanket.

In Arkansas, my dad and our family were granted political asylum, and we ended up being sponsored by a Christian family out of Seattle, where we lived for several months (and saw our first snowfall!) before eventually settling for good in San Jose, California.

We eventually acclimated to the States, learning English from school and pop culture — especially song lyrics! — as well as by volunteering in the community. At the time, the attitude was that we should abandon our language and culture and assimilate into American life, but I’m glad that we maintained our use and understanding of Vietnamese language, which is an important part of who we are.

Though we were lucky to make it to America, it certainly wasn’t easy. Vietnam was the first war the United States had lost, and even though my family was from South Vietnam — America’s ally — we, like many immigrants, faced continued discrimination.

Asian Americans, in my experience, have been expected to be the model minority — passive, unlikely to cause trouble. We’re seen as diligent, docile workers, doing what we’re told without question. But there is a glass ceiling for us. I know I’m fortunate to have had the career opportunities I’ve had and to be in my current role. Asian and Pacific Americans don’t often have access to the leadership or management opportunities that European Americans do. You don’t see Asians getting many lead roles in movies — they’re often portrayed as stereotypes. 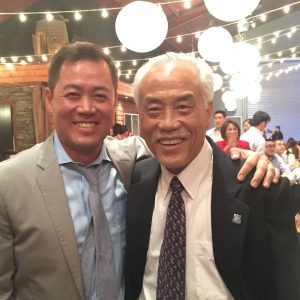 This is why I’m happy that May is dedicated to celebrating Asian and Pacific American heritage. I think some Americans prefer Asians to remain invisible. In light of recent events that again raise the spectre of hate and discrimination against Asians in America, I appreciate that people like me are being highlighted in history books or on the news for good things, in ways that make Asians feel like Americans, rather than forever being immigrants. I’ve been here since 1975, and yet I’m still frequently treated as not really American. A lot of that has to do with education and asking tough questions. So dedicating this month to celebrating our successes, and to recognizing that Asians can be trailblazers and an important part of what makes America special, is really important.

I was born in 1972 to Vietnamese parents. My mom, one of 12 kids, lived with her family in Nha Trang, a small beach town in South Vietnam. During the Vietnam War (1955-1975), her father would frequently rent out extra rooms in their house to soldiers.

By: Wailohia Woolsey, Director, InfoSec GRC We are proud to recognize the launch of Aloha ‘Aina, a new employee network group focused on Native Hawaiians, Pacific Islanders (NHPI) and their allies. Vision

Authenticity Works. And It’s Worth Celebrating

Christina Papadimitriou, Principal Machine Learning Engineer Pride Month is my favorite month of the year.I was born and raised in Greece and moved to the US when I was 18. Greece is not very inclusive toward the LGBTQ community, so I was never able…