Drawn to the Data: My Internal Mobility Story

When I began attending Xavier University in Ohio, my interest in math prompted me to earn a bachelor’s degree in finance. I had no idea when I began the program that I would end up actively seeking out a data analytics role at a cybersecurity firm, but it’s a position I’m really happy to have.

About halfway through my degree program, I discovered that “analytics” was becoming an important buzzword among businesses, who were discovering the usefulness of collecting numerical data about customers (or potential customers). I realized this was something that interested me. I was fortunate enough to be offered a Sales Operations internship and began to really see glimpses of how analytical data could offer insights into customer behavior and help with developing sales strategies.

I interned for two summers with Palo Alto Networks while I was still in college, and I thoroughly enjoyed my time. I made it clear that I was interested in a full-time position with Palo Alto Networks upon graduation, and I was really glad to be offered a position as an Associate Sales Operations Analyst role. After a little more than a year, I transitioned to a Sales Intelligence Analyst position.

When I was performing analytical work for the Sales team, I was able to do a small amount of work with Einstein Analytics, a cloud-based analytical tool from Salesforce that helps teams visualize data and gain insights for business. I became extremely interested in how Einstein users could strategically incorporate this data into their decision-making about how a company operates. I realized that of all tasks I was responsible for in my Sales Intelligence role, what I enjoyed most was the reporting and analytics using Einstein, and I was ready to do it full time, in a more strategic role with the company’s security services organization.

Fortunately, Palo Alto Networks is a company that supports internal mobility — employees are encouraged to pursue roles they’re interested in because its leaders understand that people do their best work when they’re passionate about what they do. When the Business Operations Analyst position became available, I approached my manager to let him know I was interested. Rather than responding in a negative way about my leaving his team, he was nothing but supportive of my goal and the opportunity to expand my knowledge of analytics, so I applied for the job. It turned out that the hiring manager for the available position was also enthusiastic about my moving to his team, so I was offered the position and officially began this job in December 2019.

Now, a year and a half later, I couldn’t be happier. I now get to be involved in the inner workings of the Strata network security suite. Rather than doing general analytics for the global business, I’m getting more hands-on with this specific aspect of the business, which I really love.

I also enjoy that this company offers lots of opportunities to expand my career, whether it’s learning a new tool or taking on a project that may not necessarily have been my scope previously, all to give me the chance to learn new things and broaden my knowledge of the business. Looking ahead, I hope to continue growing in my understanding of data and how to present it so that others can formulate recommendations and make strategic decisions.

One important factor that has led to my sticking with this company for five years is the company culture — every team I’ve worked with has included coworkers who are not only supportive colleagues but also friends. There is a culture here of wanting others to succeed and stepping in to offer insights or even just a pat on the back, and that’s been really meaningful to me as someone who’s still in the beginning stages of his career.

Whether or not you already work for Palo Alto Networks, I can wholeheartedly say that this company is like a big family where everyone has your back. The leaders here really want you to succeed, even if that means you eventually move into a new job or department. As long as you have the best interests of the company in mind and are ready to work hard, you can find opportunities to learn and grow here.

Sold on a Career Path: My Internal Mobility Experience

One of the things I really like about this company is that there’s a strong emphasis on individual development plans to help employees determine where they want to be and what steps they ought to take to get there. 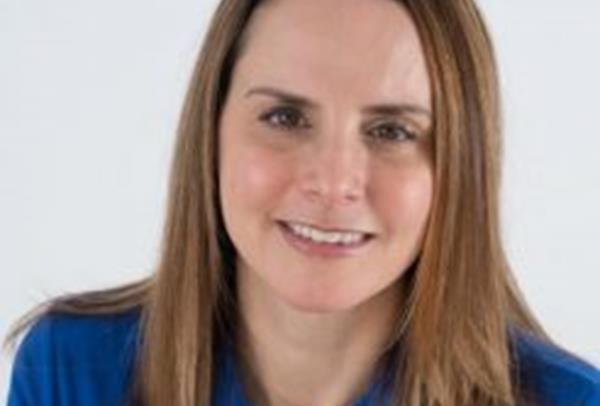 I have always aspired to get to a point in my career where I could make more strategic decisions and develop and structure my own team, and now I’m fortunate to be in that position.

Career Elevation Starts with a Conversation

I joined Palo Alto Networks as an intern in our Talent Acquisition department, which deals with new employee recruitment. I was fortunate that the company was incredibly flexible and willing to let me work part-time as I completed my college classes.