It's been a while since the "In the Heights" movie was released, but this Latinx/e Heritage Month, intersectionality within the Latinx community is still top of mind for me and many others.

The first time I saw the trailer for  “In the Heights,” I got chills. The hair on my arms stood up. I even felt a tear coming.

Having seen so many films in both English and Spanish that made me feel invisible, I never imagined that a major movie company would invest its capital into telling a story about the people I grew up around in my childhood neighborhood of Washington Heights.

Initially, I was overwhelmed by this showcase and distracted by the rapidly-moving images of people singing and dancing in joy (contrary to many common depictions of those in my community as criminals). However, as I rewatched the trailer and later read the critiques, it became very clear that there was something significant missing.

What happened to all the dark-skinned people?

For context, people from the Dominican Republic (DR) made up about 44% of the population in Washington Heights in 2014. In DR, depending on the estimate, 25%-90% of people identify as Afro-descendant, and up to a quarter of Afro-Latinos in the United States live in New York.

This racial make-up dates back to the beginning of Spanish colonization on the island that was originally known as Ayiti/Quisqueya. From the original Ladinos to enslaved West Africans to African Americans, Black people have lived in DR and contributed to its progress since the 1490s. For 22 years, the DR was even part of the first Black Republic, Haiti, after it was liberated from Spanish rule.

This topic becomes even more personal for me as I have many dark-skinned family, friends, and neighbors who aren’t as privileged as me and weren’t represented in the film.

As a Dominican myself, it's a sad reality that we didn’t leverage what feels like a once-in-a-lifetime opportunity to place a spotlight on such a significant group within our population.

Injury was added to insult when one of the film’s main cast members, who also benefits from lighter skin privilege and is not Dominican, dismissed the criticism by saying that they picked “the right people for the roles.”

With 150 million AfroLatinos in countries worldwide, I find this hard to believe. First of all, who gets to determine what is “right?” And, secondly, how do we know that all of the talented people who could have filled those roles were fairly considered? Perhaps these main cast members were the ones who the Casting team could connect with at the moment, but that does not mean that there were others who weren't "right" for the roles.

Sadly, I was not surprised given the history of anti-blackness in the Latinx community and the way that internalized oppression can affect many. This is where our understanding of intersectionality comes into play and why we need to keep talking about it.

“Silence and invisibility go hand in hand with powerlessness.”

What is intersectionality anyway?

Intersectionality as a concept dates back to Sojourner Truth. Through time, it has been further amplified by the Black queer feminists group known as the Combahee River Collective, and later coined as a term by Kimberlé Crenshaw to describe the plight of Black women in the United States.

The term is rooted in the simultaneous navigating of oppression based on race and gender, and potentially sexual orientation and disability status. It has now been defined by Merriam-Webster as “the complex, cumulative way in which the effects of multiple forms of discrimination (such as racism, sexism, and classism) combine, overlap, or intersect especially in the experiences of marginalized individuals or groups.”

Watch this three-minute video for a clear explanation of the history of the term, how it originated, and who brought it to a global stage.

How does it show up for Latinx people?

There’s a lot of power in being Latinx.

Although you can’t put 19-plus countries and territories into a box, there are several advantages for our community, including family and neighborhood orientation, a common language, a strong faith, and a history of using music, storytelling, and food to connect with each other.

At the same time, studies show there are many challenges unique to Latinx people based on systemic oppression, including the sad facts that Latino households only earned 74 cents to every $1 earned by White households and that 15.7% of Latinos still live in poverty, as compared to just 7.3% of their White, non-Latinx counterparts (see all the numbers below).

When you look at the intersection of Latinx identity and gender, you find that “Latinas today earn, on average, just 55 cents for every dollar earned by White men, leaving them with a pay gap that surpasses that of women in all other racial groups.”

The list continues for Latinx people of African descent, those who have disabilities, are undocumented, and more.

How does it show up for me?

When I was born, my mom blessed me with what she believed as a great name -- Edgardo. In some ways it is. It means “man with spear,” which I take a lot of pride in.

What she didn’t realize is that she set me up for a lifetime of name mispronunciation and jokes: “Eduardo?” Edguardo?” “Gerardo?” “El Gato (The Cat)?” Seriously, I hear every name but mine get repeated back to me when I introduce myself.

But that’s not oppression. Where it does come to play are in systems like employment. Nearly three decades of studies show that having a Latino-sounding name on your resume decreases your chances of getting called back for an interview.

Although companies are doing better today and it can serve as an advantage with employers who care about diversity, that is a general reality I’m going to have to deal with for the rest of my life -- in addition to the other challenges that traditionally face Latinx people.

Simultaneously, I identify as a gay man. The result is that no matter where I go, whether San Francisco or the Dominican Republic, my sexual orientation increases the risk of losing access to networks, experiences, employment, safety, and in some countries, my own freedom.

The realities of being both gay and Latino can be exhausting. Especially once you begin to understand how systemic oppression works, how prevalent it is, and how we all contribute to it whether we intend to or not.

To that end, we should never discuss intersectionality as solely something to celebrate in people. People should not have to struggle because of factors they cannot change.

However, there can be a silver lining.

The ability of people at these intersections to jump through multiple hoops and survive these multiple oppressive systems is helping them develop the ability to problem solve, manage difficult emotions and relationships, have empathy, and get creative in ways many others couldn’t.

What can we do to address it?

Here’s how you can start thinking about it:

My intention here is not to start what we call “the Oppression Olympics,” which is a game of guessing who is facing the worst situation. The point is to remind us that we need to remember that people, even those within our own communities, have different experiences and challenges.

The more we’re aware of and acknowledge those differences, the more supportive we can be -- as partners, friends, colleagues, neighbors, and more.

Although the Latinx community has made many strides, there is still a long way to go to overcome systemic oppression.  Recent studies show that:

Now let’s add another layer by examining different outcomes within the Latinx communities: 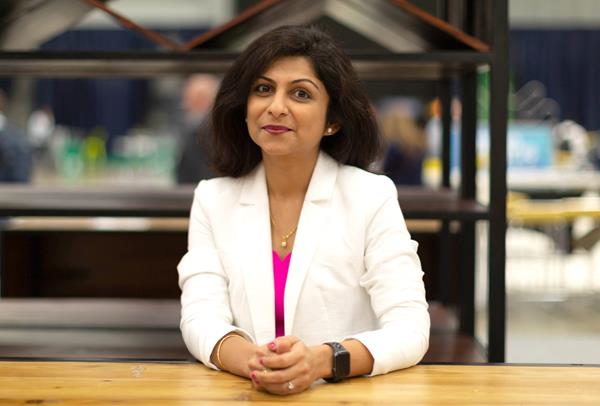 For the Aspiring Women in Technology 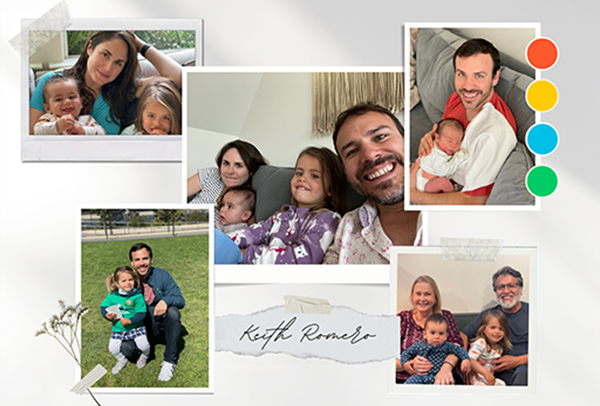 My journey to Palo Alto Networks has been a long and winding road, and I am tremendously grateful for having had the opportunity to explore the world and different languages, cultures, and career options before I earned my MBA, spent a decade at Bain 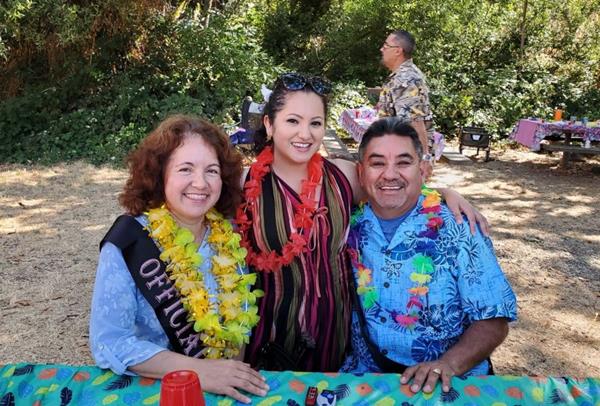 Recognition and Respect for Essential Workers

When you’re walking around our offices, how often do you run into a janitor? How often do you say hello or speak to them? Our janitors at Palo Alto Networks are hardworking people who don’t get enough recognition.The majority of them are Latino and…